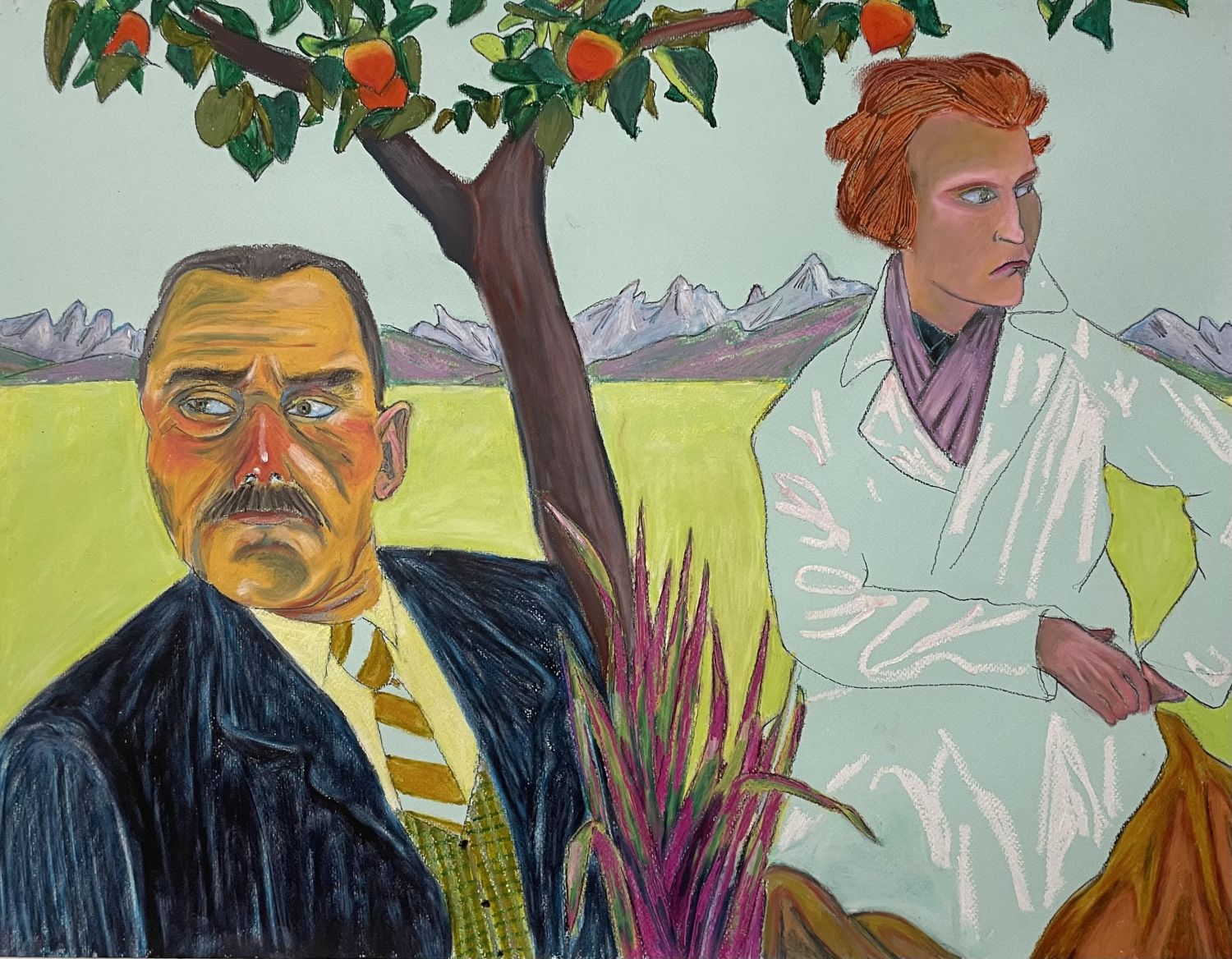 AMALIA MOURAD | Iron Age
OPEN | January 5– January 21, 2023 | Thu-Sun, 4:00 pm to 8:00 pm
GUIDED TOUR | January 7, 18:00
ENTRY | Free
We are glad to present Iron Age, a solo exhibition by Amalia Mourad that encompasses the work produced during a one-month period at two artistic residencies in Lisbon: PADA Studios and Zaratan.
Inhabited by fantastic characters immersed in a great diversity of surreal environments and situations., the artworks on display involved adopting a technique - oil pastel on paper - never used before by the artist and explores different formats and levels of completion: from experiments and studies, to medium and large-scale paintings.
Mourad’s works are psychological landscapes within which the artist addresses social issues such as gender roles, loneliness and alienation, fear and desire. Mourad’s recent work mostly focuses on portraiture and draws direct inspiration from Ovid’s Metamorphoses. In addition, she reinterprets Greek myths that chronicle injustices experienced by women from the perspective of the female protagonist.
Iron Age refers to the last of four ages on earth as described in Ovid’s poem. It was the “worst of ages…earth saw the flight of faith and modesty and truth–and in their place came snares and fraud, deceit and force and sacrilegious love of gain…not only did men ask of earth its wealth, its harvest crops and foods that nourish us, they also delved into the bowels of earth: there they began to dig for what was hid deep underground…”
BIO: AMALIA MOURAD was born (1992) and raised in Berkeley, California. In her work, Mourad primarily focuses on the figure, emotion, and the human experience. In 2013 Mourad graduated with a painting major from the College of Creative Studies at the University of California Santa Barbara. In 2016, Mourad obtained an MFA Fine Arts degree from the School of Visual Arts in New York. After graduating she co-founded the artist collective Fruit Exchange Studios in Brooklyn. Mourad has shown her work in New York, California, Miami, Montreal, Madrid, Berlin, Spain, and Lisbon and been represented at art fairs such as PULSE and Spring Break Art Show. In 2017, she was invited to participate in a one-month residency at Espositivo in Madrid and in 2020 she completed a second one-month residency at PADA Studios in Lisbon. Her work has been featured in numerous publications including as a Noteworthy artist in New American Paintings. Since moving to Berlin in 2018, Mourad has shown her work in various galleries and project spaces and learned German.
LINK: http://amaliamourad.com/