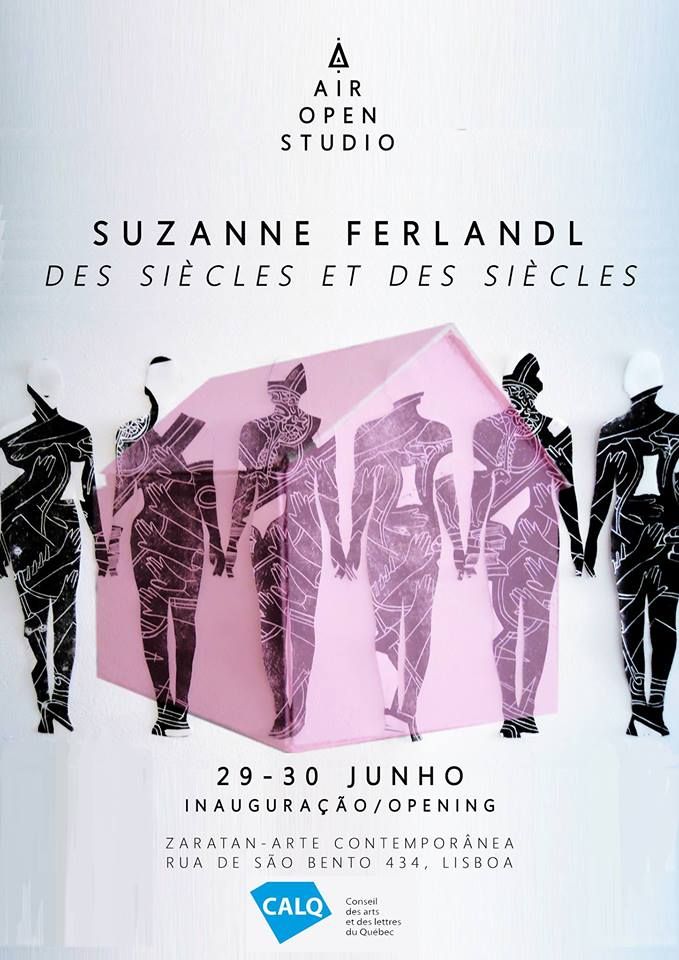 Her previous discreet artistic gestures, her past and recent readings -among which two articles reporting the researches of the sociologist Analia Torres on the condition of woman in Portugal- and the current international political and religious currents, bring her to question herself more about the place of woman in our contemporary society.

How the rights of women which we considered acquired after hard battles can be so easily questioned in 2017?

According to the researches, the Portuguese women demonstrate that it is possible, in one generation, to raise the educational level of woman allowing her to reach a place in her quest of gender equality. The new generation is six times more certificated as their mothers who supported them. In Portugal, 65 % of the academic students are women. No other European country has such evolution. However, the disparities persist. With equivalent competence and task, the salary of woman is lower from 20 to 30 % than that of man. The sharing of house works remains inequitable, woman assuming the majority. We may wonder now that the scholarship gap is clearly lesser and since it does not explain anymore the wage difference, if this difference is not rather a way to control woman in order to avoid her taking her independence? Are the disparities between man and woman due to the patriarchal ideological system in which we have been living for a long time?

Suzanne started to develop a corpus of works as a pretext to reflect on these issues. Just like the Portuguese embroiderers and knitters, in remembrance to the women who worked hard to assure the education of their daughters, reserving them their salary, the artist joined them in a daily rite: printing, cutting hundreds of women's silhouettes.

Installation:
Placed on the wall, one following the other, silhouettes removed from the cut of an engraving realized on place, standing, very straight, hand in hand in front of the spectator. They, girls and women, express the strength and the solidarity towards changes. They bring us to follow their procession to the second room where they occupy the territory by pursuing their human chain on the walls.
This chain integrates 4 paintings of 210 by 45 cm. Drawn with a graphite pencil on Chinese paper, these panels resort to varied symbols part of the artist personal collection to express the burden supported by woman in her progress towards equality.

On the ground, adopting a circular form, more than 200 women's silhouettes are gathered one to the other to form a unique work which occupies the center of the room. On this tondo are put down five pink houses and the molding of a key. The figure 5 symbolizes the time of consciousness; it expresses not a state, but an act. The key is symbol of opening (initiation) and closure (discrimination).
During the days of exhibition, wishing the participation of the public to the work, the artist will invite the visitors, women and men, to write the first name of the women of their family on the silhouettes of the tondo.

Another way of commemorating the commitment of our mothers and the work of women was to create boxes for an art action. These boxes are pink houses (private sphere in which the woman was confined for a long time) from which we can take out a stone (soul of humanity) sculptured with a generic face, wrapped in a piece of Portuguese embroidery. A message underlining the advance of woman in Portugal and encouraging to pursue towards equality accompanies the stone. These boxes, given to a delegate of UMAR, will circulate at first by the intervention of their staff in five of their points of service, then from hand to hand in the Portuguese peninsula.

Furtive art:
The artist went to Lisbon’s municipal central library. In the History section, into a Portuguese encyclopedia (Encyclopedia of human world history), she inserted on page 111 of each of the 11 volumes a feminine silhouette (1 is symbol of the woman, standing straight). On every silhouette are registered in French and in Portuguese the words she and without forgetting. This action aims symbolically and materially at putting woman in history books because, too often, she is deliberately omitted from them.

BIO: Suzanne FerlandL lives and works in the Basses-Laurentides, (Quebec). She is holder of a plastic arts creation diploma of the University of Quebec in Montreal. She is the initiator and director of Sentier Art3 (sentierart3.com) an annual event of public art in a forest realized in partnership with the Museum of contemporary art of the Laurentian. One of the characteristics of her work is to involve the cooperation of the public invited to appear in the work, to collaborate, or still to take a part of it.

In 2014, she received a travel grant from the Conseil des arts et des lettres du Québec (CALQ) for a creation residency in Lijiang (China). Again In 2015, for a residency of 3 months in the Finnish Fondation Studio at Espoo (Finland). In the last ten years, she participated in more than twenty collective and individual exhibitions. Her works are part of several private and public collections.