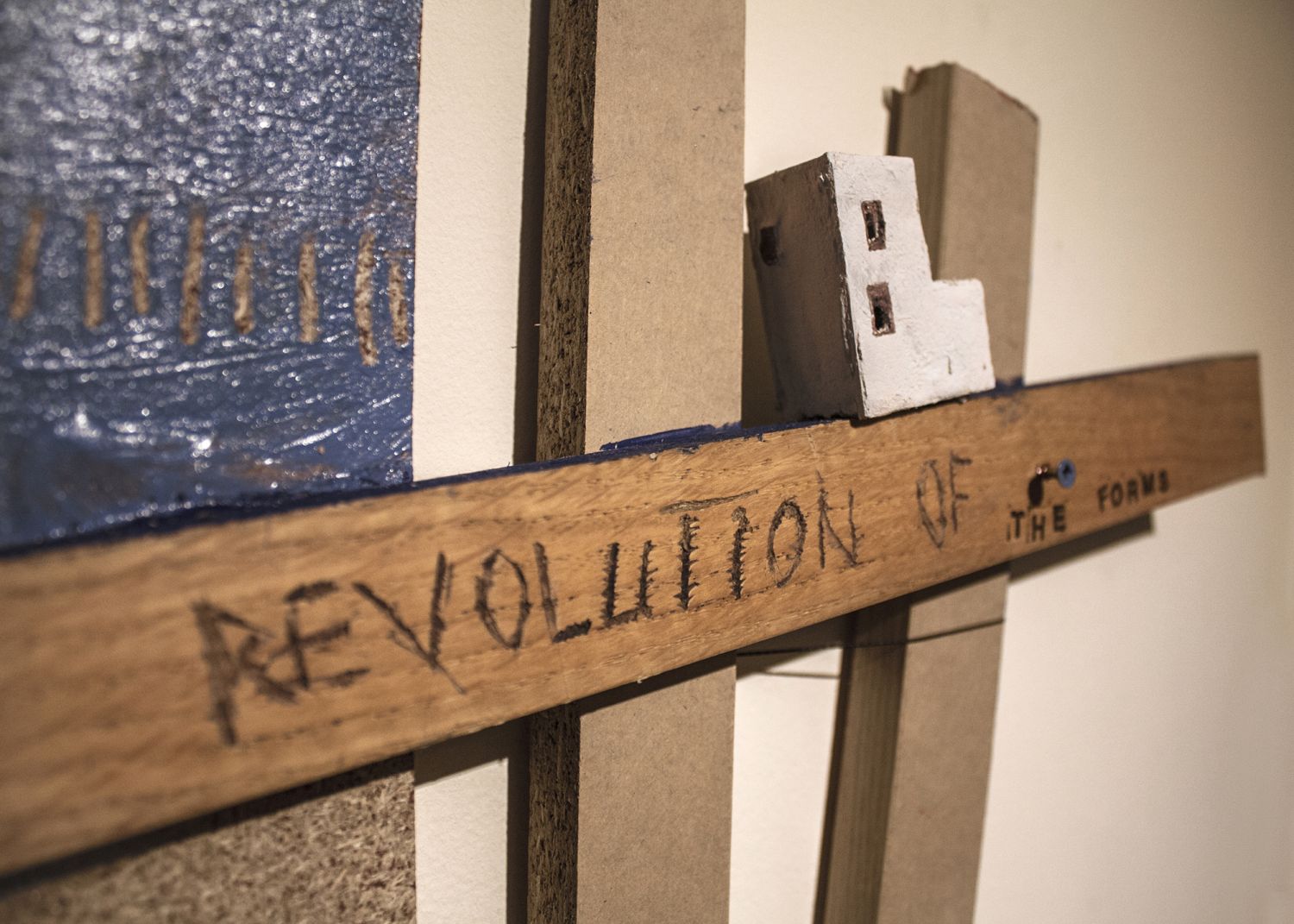 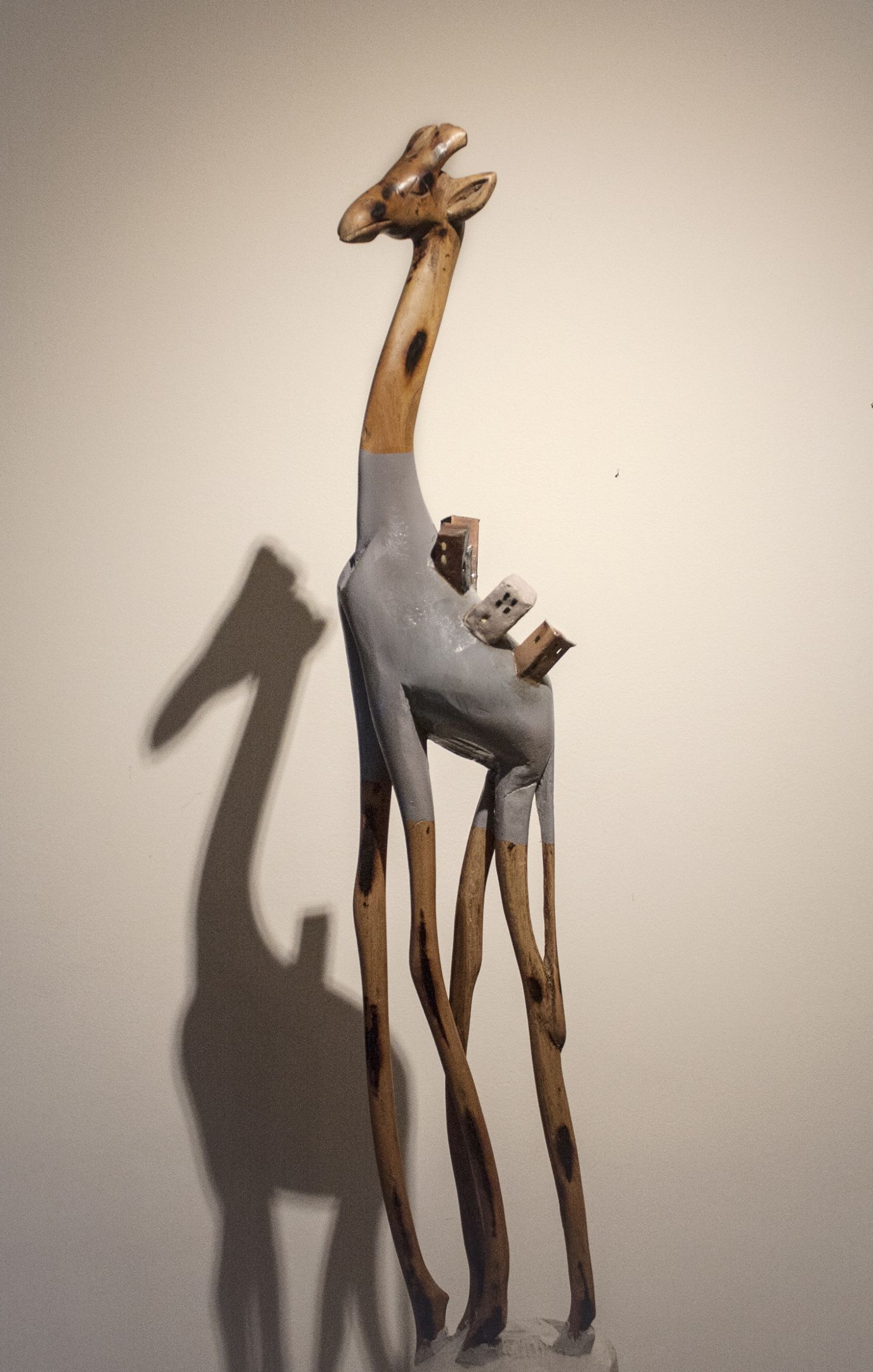 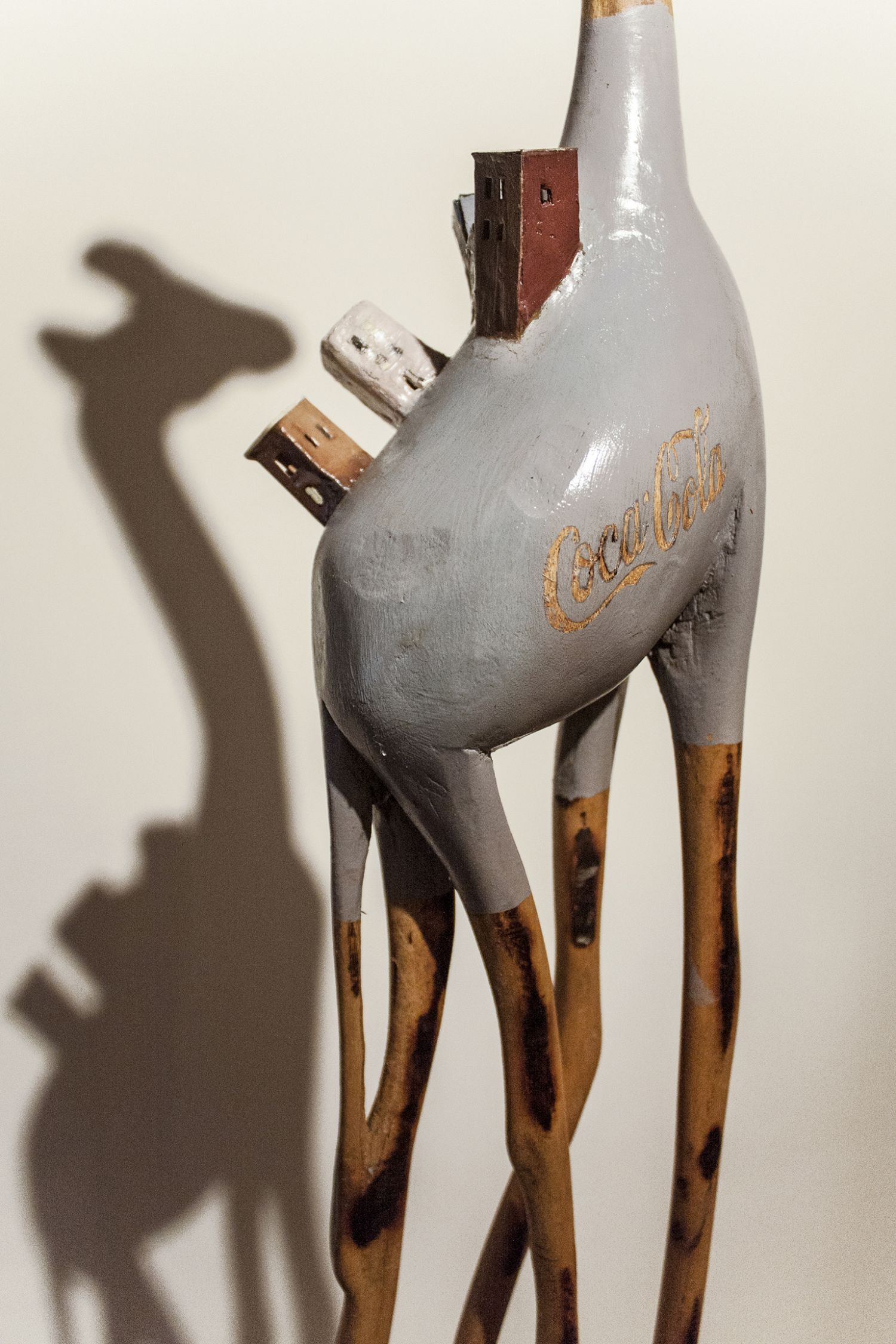 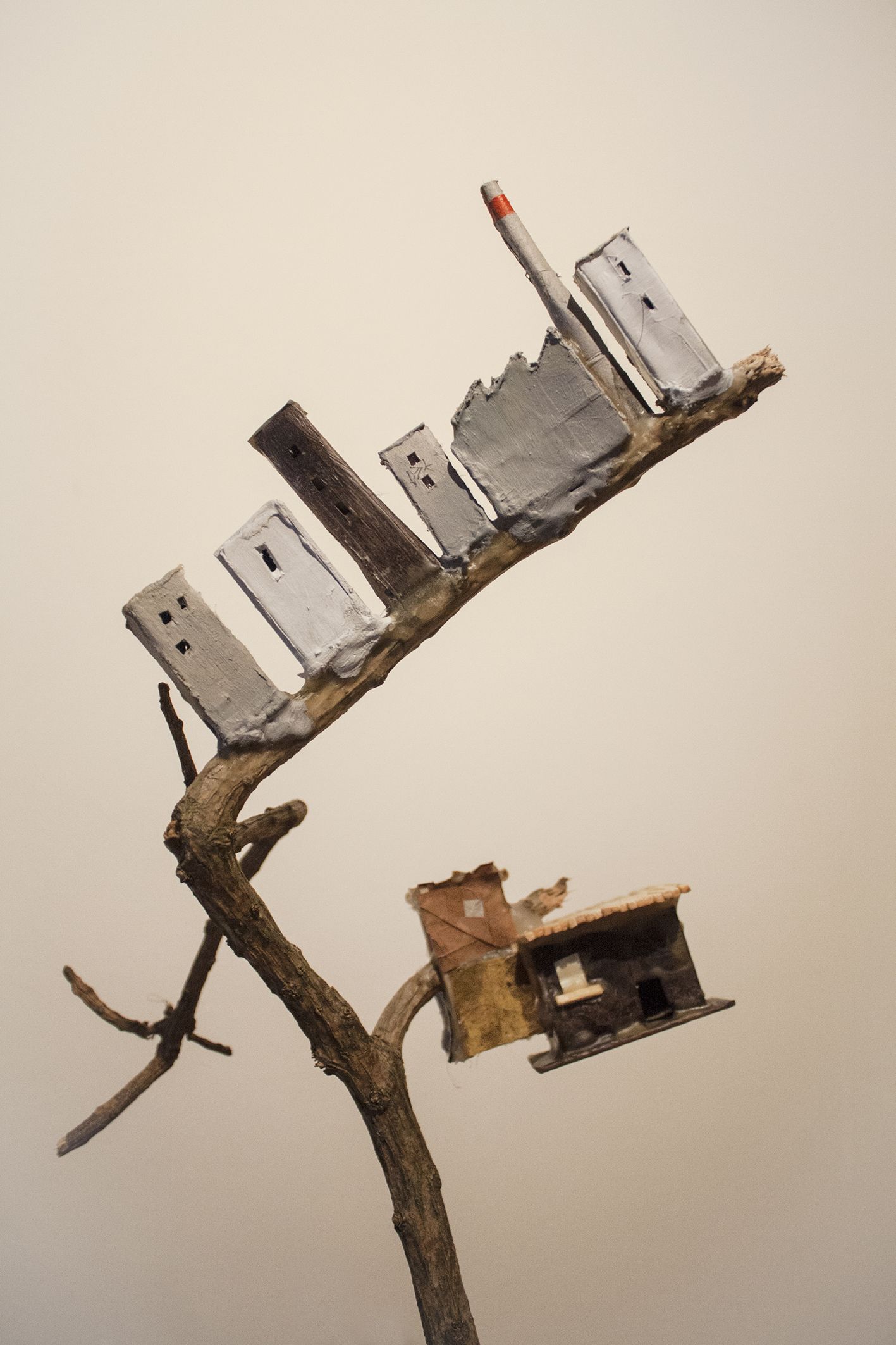 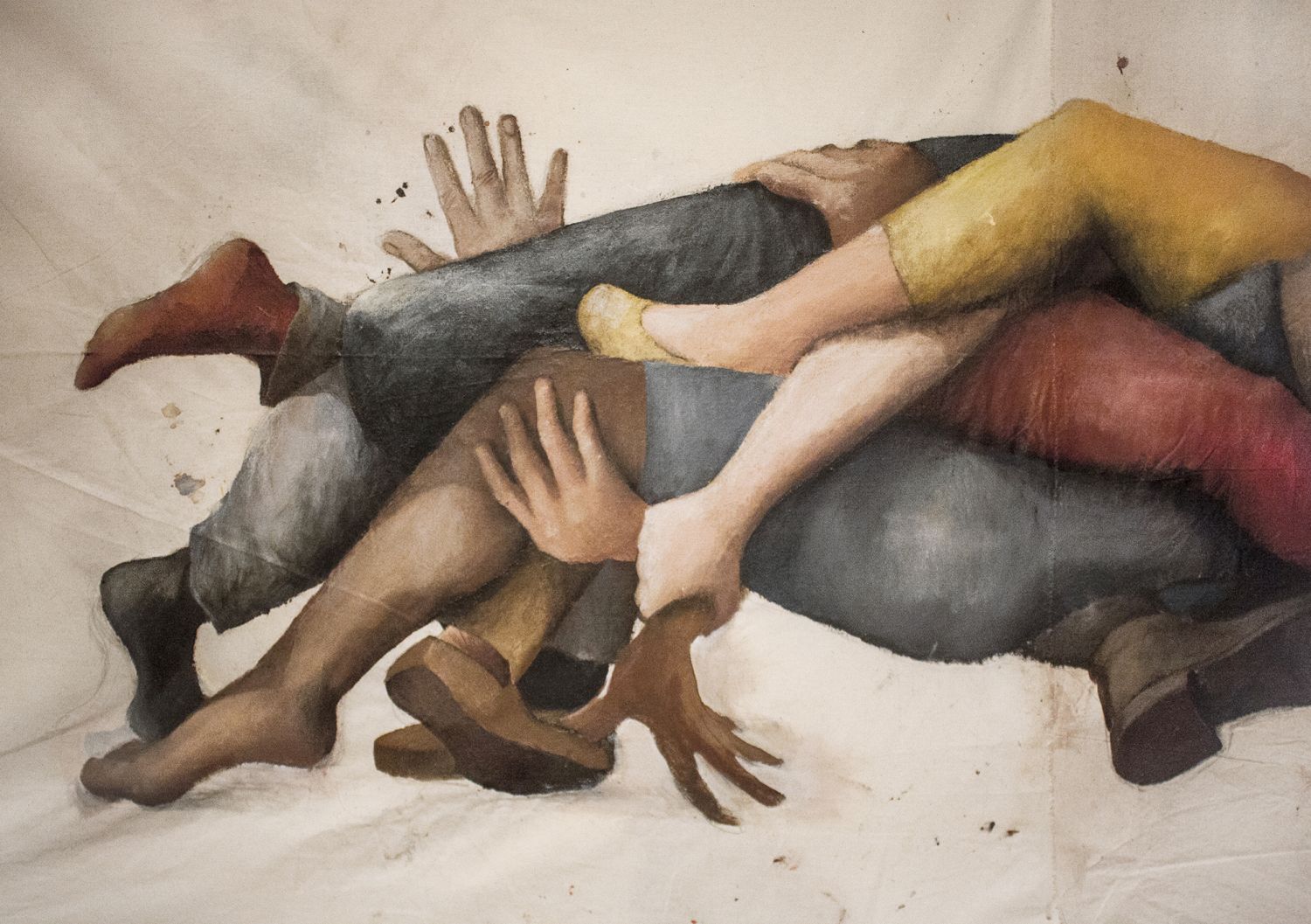 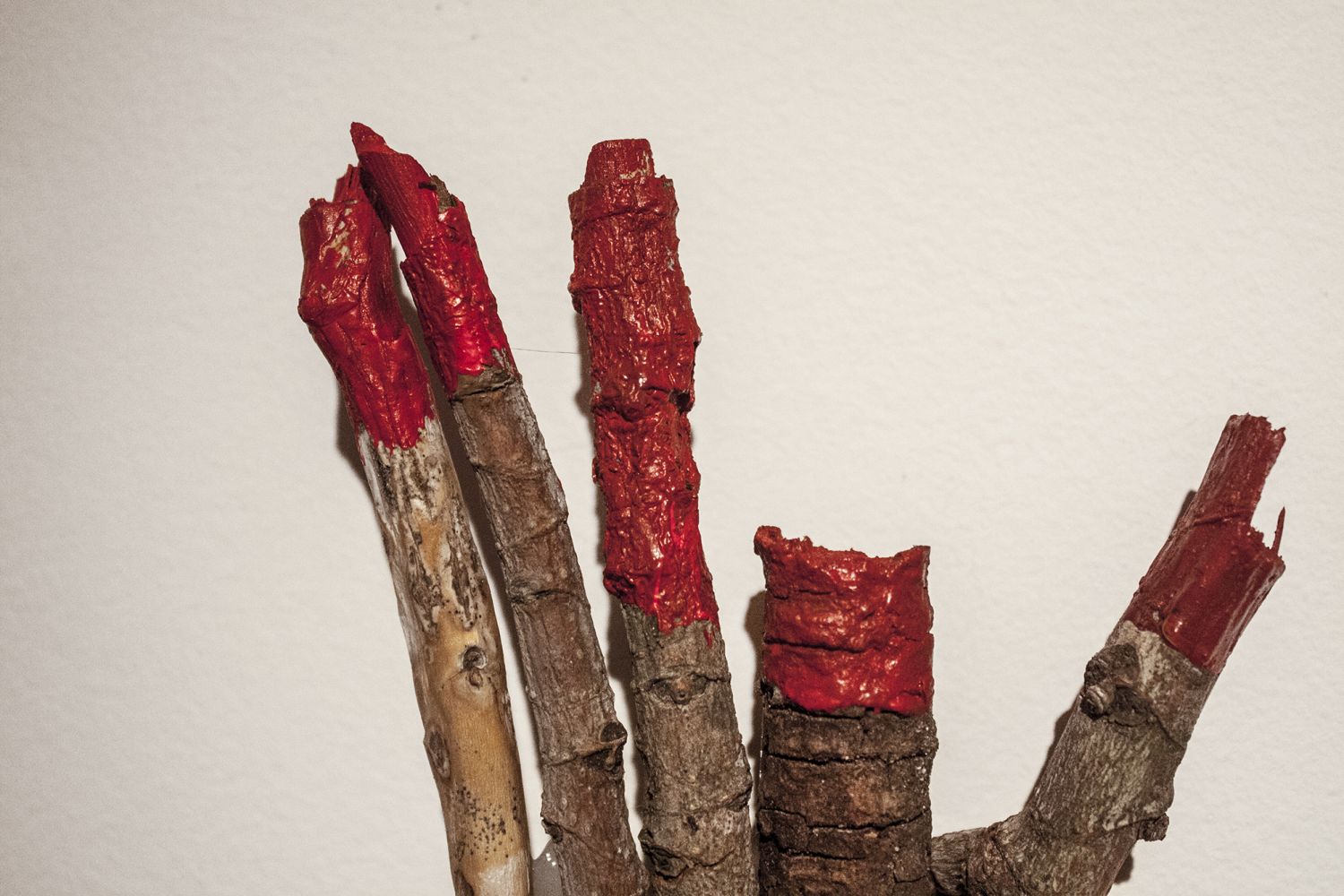 ZRT: The development of your artwork is strongly related with your journeys all around the world (Argentina, Bali, New York, among others). I wonder how the places you live in influence your artwork, and more specifically, what are your feelings about Lisbon?

MPC: My artwork is the result of trying to understand the world in multiple ways through the experience of travelling. Each one of the places where I have lived has contributed to define what I think and what I am, and without a doubt, this continuous adaptation and assimilation of the reality, inspires my art.

Like a writer needs to take notes and document his experiences, I register and share mine in that way.

My time in Lisbon, although short, is resulting in a stimulating and enriching period for the work I am developing.
Lisbon is a lively city showing to me a strong personality, kind of sharp, but in some way warm and homelike.

Walking around the city, little details have grabbed my attention. Everywhere subtle squares with different tones from the original color are painted on the walls. I have realized it's the battle of the city against the graffiti, a true painting fight. Everyday there are people leaving their art or their messages over the walls and everyday people are hired to cover them all around Lisbon. It may seem like a trivial matter but I find it representative of an active behavior.

ZRT: Can you introduce us the project you are working at?

MPC: “Down to earth” comes from the observation of life in cities and the relationship between nature and the urban environment.

I am walking through the city of Lisbon observing how nature, the concrete, bricks and the people share the space. I am adding this experience to my memories and conclusions from exploring other places around the world.

I am a big fan of life in cities. I have to admit I like to see movement around me, to feel that there are many things going on. I love little cafes where you can go alone and end up talking with a stranger seated next to you, to meet friends, to go to concerts, theatres, restaurants, galleries or just observed the people while sitting on a bench.

But I don`t support this at all costs. I am aware of the consequences that most of a city lifestyle has. I know behind big a metropolis there is a population barely surviving to support that frenetic lifestyle. No just some people on the outskirts, there are whole countries being continuously battered as well as rainforest devastated to keep a system based on inequality, killing the future of Humanity. It can sound drastic, but that is because it is a hard challenging reality we are facing.

From the favela in Sao Paulo where a few years ago I developed a little art project, the view was pretty representative. The walls that separate the favela from the financial area were right there. In the favela side I worked with a group of young talented people to whom the society closed the doors to opportunities. Living in Bali, the paradise for tourists, I understood the supremacy of fear and the manipulation that money and power can play in societies. In Kalimantan I saw one boat after another full of logs navigating to feed our blind comfort.

This project reflects on the idealistic idea of sustainable and responsible cities. Through my work I hope to trigger uncomfortable questions, which I think is the starting point to changing minds. I believe in art as a social mobilization tool and I try to work according to this idea.

ZRT: Your production extends between painting, installation and photography. How a work is reflected in its materiality? It is something that is already set when the project start or there is a period of experimentation before?

MPC: Materiality is something I started to think about when I first felt the limits of the traditional painting media. When that happened I started to explore other dimensions and that’s how I began to understand the importance of the materials, supports and the context.

My way of working is a constant experimentation. I understand the working process like a way of thinking; it is like having a conversation with the materials I am using. That is why, when I paint, for example on fabric, it is usually without structural support, which allows me to freely change, cut or enlarge the piece whenever I want. Acrylic paint lets me work fast and mixing media with almost anything, it can be water from the sea, earth, wax, wine, it doesn’t matter.

At the end of the process I will have forgotten some of the media I have used, or some of the things I wrote, or painted. It was part of the process and all that remains are the conclusions contained on what is considered the final pieces.

ZRT: Your project is going to activate a movement that pushes the viewer outside the gallery and brings the artwork to the public in the street. Can you explain the reasons of this approach? Do you believe art can assume a social function?

MPC: We stubbornly try to separate art from society, which I find a ridiculous attempt unfortunately.

Art as a powerful social tool is historically known. Art is directly related to our senses and feelings; artistic expression has a transforming dimension with which it touches our senses. The Catholic Church understood this very well in the past. Governments also, since artistic media has been constantly used during wars. Artists have been and some still are, persecuted all around the world because of their power to touch people. Let’s just think back to what happened a short time ago to the Charlie Hebdo French illustrators.

So, for good or for bad I definitely believe art can assume social function and that is the part I am now more interested in. I want my work to generate questions and to promote proactive citizens.

I do believe galleries are great meeting points for the arts although, they should not be the only ones. I find interesting to participate in the integration of the galleries in the city like an open space for sharing art, thinking, discussing and enjoying. I find it logical to go where the people are, as well as to invite the viewers of the gallery to explore the city and look at it in a different way.

ZRT: The project you proposed deal with the participatory creation of new forms of living together, to be activated on both the city of Lisbon and than anywhere else on the planet. Are you planning to continue the project elsewhere?

MPC: “Down to earth” is a little part of an ambitious project called “ReplanteART” whose goal is to help spread this message all around the world. Behind the whole project there are a lot of efforts from people working from Spain, Peru and United States.

“ReplanteART” has the form of an Art Residency we will develop in Haiti with local artists and young people, promoting their work, helping them find opportunities and discuss topics mainly related with gender equality and the deforestation problems that the country and the world face. We will explore techniques and go in and out of the studio to nature and to the walls of the town. Through the internet we intend to connect with the rest of the world and to motivate other international artists or individuals to present their own ReplanteART projects like the one I am working on now in Lisbon.