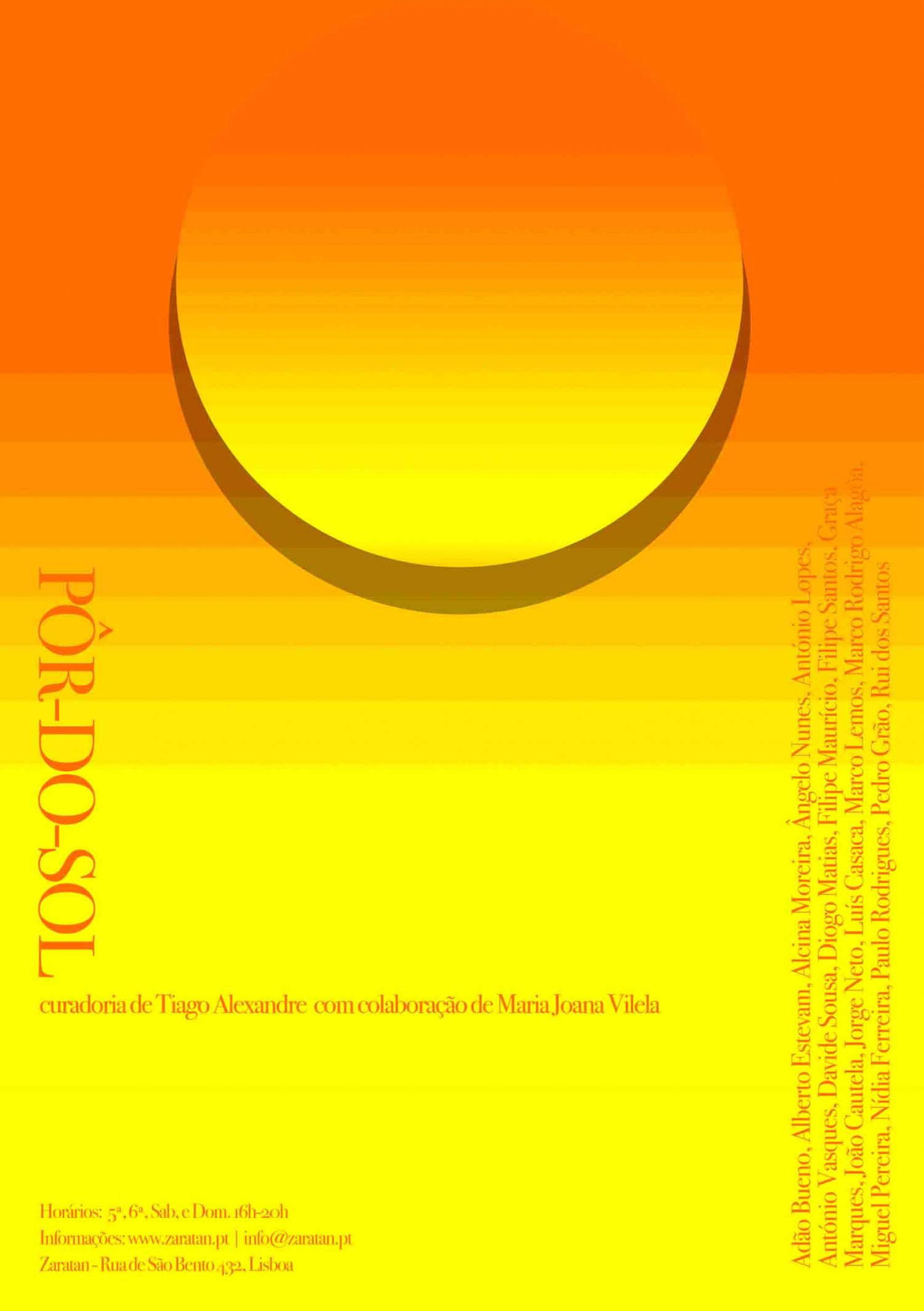 Curated by TIAGO ALEXANDRE
With the collaboration of  MARIA JOANA VILELA

I understand poetry as a movement of appreciation generated by emotions that we develop from the experience of the world. If poetry comes to be determined as an aspect of art, it is because it projects there into a larger dimension, which heighten even more. To realize that the sunset touches me is to feel the poetry in me, and that, by itself, is not an artistic movement.

Since the beginning Zaratan entrusts the organization of the exhibition agenda to its artists and thus embodies an anti-hierarchical perception of the art world - where artists, curators, gallerists, critics and the public are all considered "players" of the same game - And embraces the theory of expanded practice, in the sense of considering the artist not only as the creator" of the work of art, but as a socially imbued cultural operator.
The novelty is to open the invitation to other artists, who, beside sharing consistent artistic paths, are above all artists involved with a generous desire to explore and develop uncorrupted and intuitive formats.

This project materializes itself over several months through a series of exhibition proposals that not only involve, but rather depart from the artist-curators involved in the process.The aim is to stimulate procedures driven by the acceptance of uncertainty, articulating a particular way to integrate experimentation, spontaneity and discovery into curatorship, not subjected to conditions or commitments associated with predetermined results.
The openness necessary for these expositions to come into existence obliges us to avoid narrative imposition and to leave to the public the task of a precise reconstruction of the facts.

After the exhibitions of Sara & André, António Caramelo, Jorge Maciel and Cristina Assunção, it is now Tiago Alexandre's turn to take on the role of artist-curator by proposing a collective show of amateur photographers that is configured as a site-specific intervention.