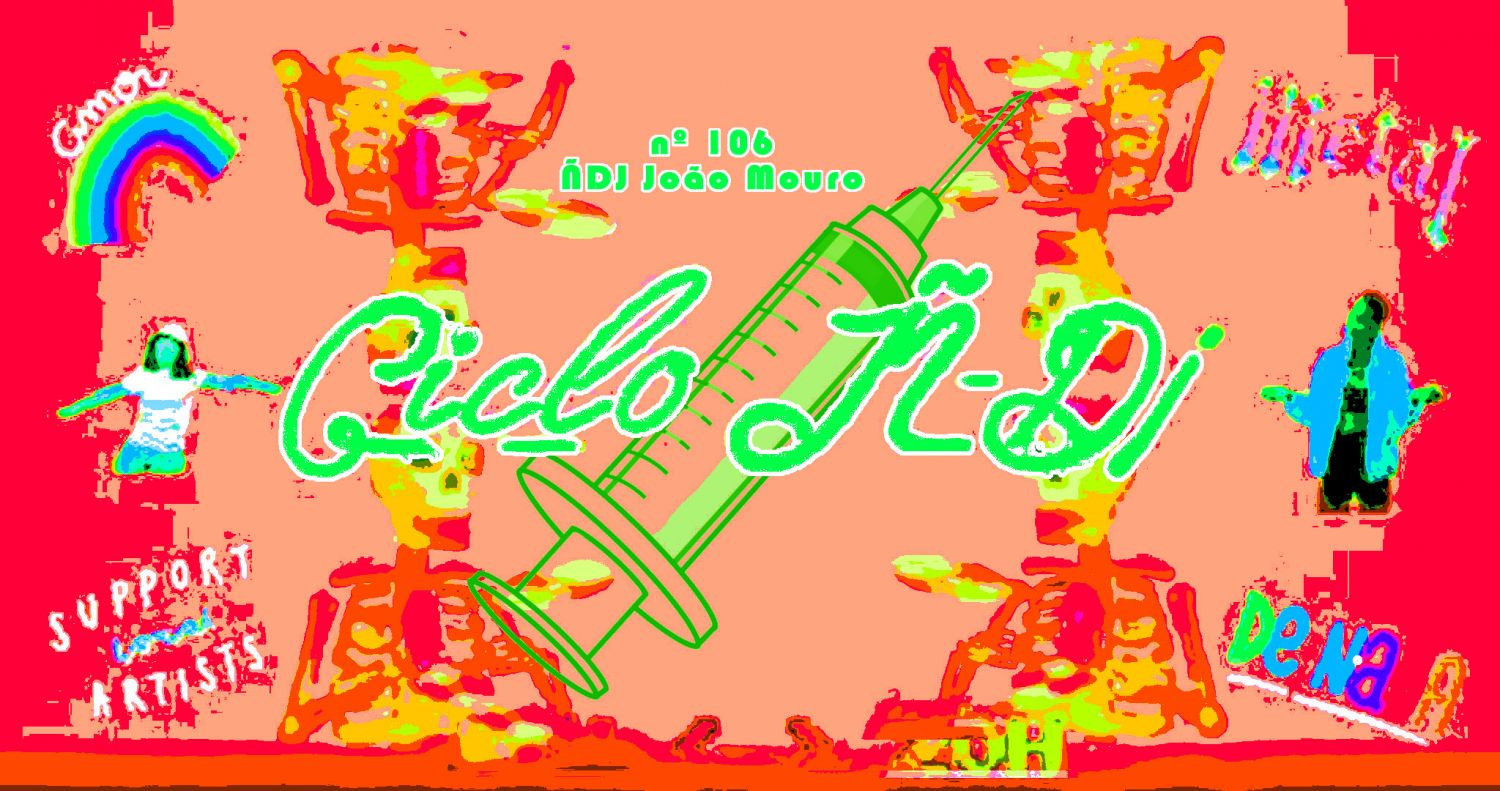 >>> ÑDJ JOÃO MOURO | João Mouro finds his taste for music at family Christmas gatherings in the magical house of Cotães, where his grandfather used to sing at the banjolim, his grandmother sang, and his father or uncle accompanied the local music on the viola. Still in Algarve, the first original project appears, a hip hop band where he played Portuguese guitar, winners of an Antena 3 award (2001).

In Lisbon, attending Fine Arts, the guitar stayed behind for some years until he found his passion for Angolan music of the 60s and 70s. In the capital he meets the Angolan musician Chalo Correia, with whom he collaborated for 10 years, having participated in the recording of the 3 albums. He also played with Angolan Waldemar Bastos, from Cape Verdean Danae Estrela, and Mozambican Malenga, During this long journey through the PALOPS, instrumental compositions recorded on various cell phones have been emerging that have been lost years waiting to take shape.
________________________________
The cycle Ñ-DJ*s is now back to the patio of Zaratan, to be enjoyed with a glass of red wine. It appears as a practice of shared musical exploration: Zaratan invites artists from all areas whose work is somehow related to music, with no pretensions or previous performances as Djs. This “not-dj's” select the sound using any type of mechanical/digital device (k7's of mp3's readers, smartphones, PDAs, radios, etc.) than those used by "career djs"