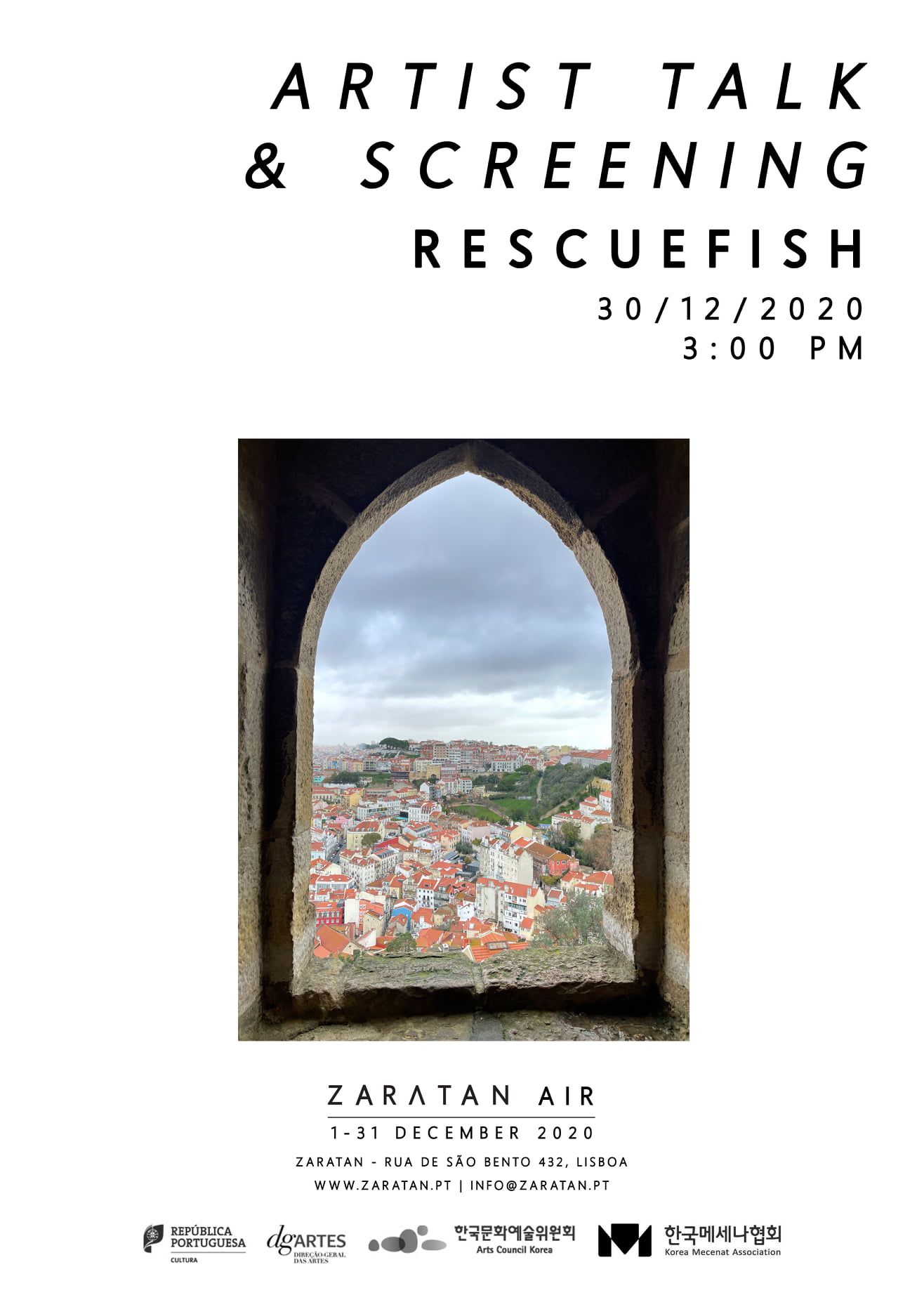 With the support of: Arts Council Korea, Korea Mecenat Association and República Portuguesa – Cultura / Direção-Geral das Artes
Zaratan is pleased to invite you to an encounter with Korean artist and videomaker In Jin Mi, also known as RESCUE FISH, currently in residency at Zaratan.
Beside briefly introducing her course in the Korean cinema industry, she will be discussing some of the research themes that characterize her practice.
To accompany the presentation there will be several screenings: movie trailers, rough recording collected in Lisbon, and a selection of her video artworks, which involve techniques such as multi-screen, time lapses, or virtual reality.
The entrance is free and the presentations will be held in english. Questions and discussion are encouraged. In the context of the Covid-19 pandemic the use of sanitary mask is mandatory and the space capacity is limited, in compliance with hygiene and safety standards.

BIO: RESCUEFISH (aka In Jin Mi) is a Korean visual artist living and working in Seul. In 1996 she started working in the Korean movies industry as assistant director. Since then she participated in several films with various different functions, since scenario designer to main director of the independent movie “Wealth and Honor”. Currently RESCUEFISH works with a lot of different media to develop her artwork, that has been included in several collective show. In 2015 she obtained the support of the Incheon Cultural Foundation for the production of a solo-exhibition.While preparing herself for the production of a fantasy commercial movie she became interested in VR films. In 2017, she produced two short VR films as part of the series “Paralles city” an exhibition dealing with urban problems, displayed in 11 countries around the world ( The canary Island, Brazil, Argentina, UK, Miyanma, Vietnam, Taiwan, Germany, Spain, France, Korea). Her project for Zaratan is to encapsulate Lisbon in her videos using a time lapse technique and VR technology. The urban landscape will be reinterpreted trough multiple screens, combined and overlapped with images and sounds captured in different locations worldwide.