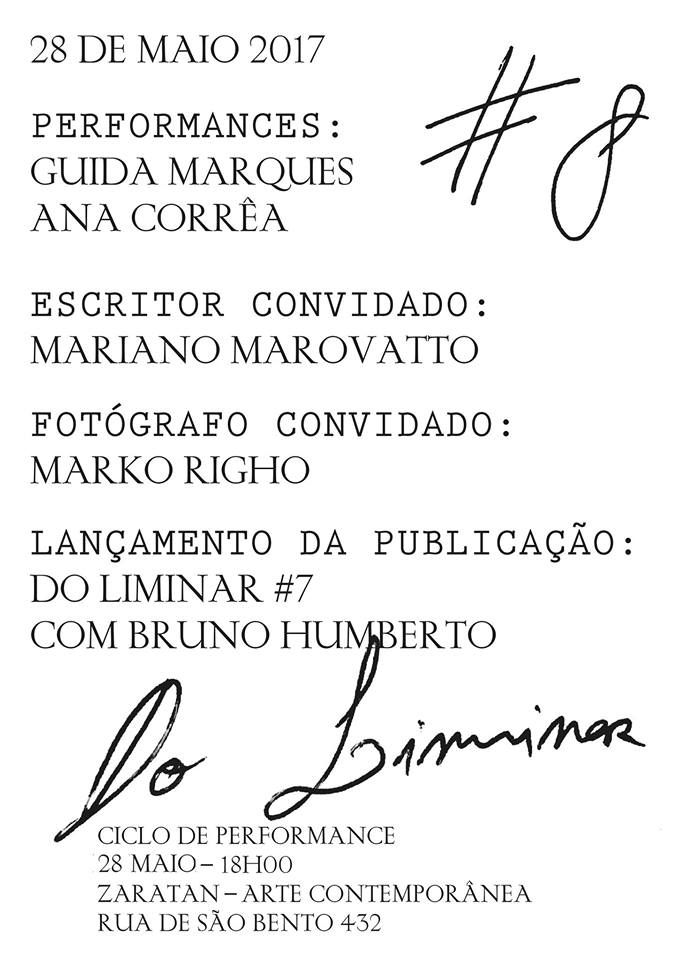 On the 28th of May continues the Cycle Of the Liminal, a platform for experimental objects in the performance field, seen as a broad language and practice. It will happen, once a month, at Zaratan – Arte Contemporânea, in Lisbon, curatad by the gallery itself and Bruno Humberto.

The non-happening, the mistake that creates possibility and the positive confrontation of never stable ideas will find their materialisation in transdisciplinary work, through presentation formats that rarely are assimilated in the models and programming logics of the spectacle.

In each edition, as part and parallel to the cycle’s performance program, we invite also a writer and a photographer, to create independent ballast, translation, free critique, that finds its shape in a publication.

In this eighth edition, there will be performances by Guida Marques and Ana Corrêa, which will be interpreted afterwards by Marko Righo (photography) and Mariano Marovatto (texto).
On the same day, there will be the launch of the seventh edition of the publication "Do Liminar", which brings together a textual essay by Bruno Humberto and a photographic essay by Joana Hintze Ribeiro Garrido, designed from the performances presented during the last episode of the cycle.
The graphic design of the publication is conceived by Marco Balestero & Isabel Lucerna.