BIO: NUNO VIEGAS was born in Almeida in 1977. He studied Fine Arts - Painting at the Faculty of Fine Arts of the University of Lisbon. From 2001 to 2015 he held individual exhibitions annually at Galeria Arte Periférica in Lisbon. In the same period and until the present, he participated in several collective exhibitions in Portugal and abroad. In 2005 he illustrated issues 166,167 and 168 of the Colóquio Letras Magazine of the Calouste Gulbenkian Foundation. From 2013 to 2015, he lived and worked in Berlin in an atelier integrated in BBK (Berufsverband Bildender Künstler Berlin). Since 2016, he has lived and worked in Castanheira, where, with the support of the company Toino Abel, he has restored part of the ruins of an old nightclub, transforming the space into the studio where he lived for two years, a project with a view to hosting a future program of artistic residencies. Also in that year, he joined the Juncateatro-Teatro Regional do Juncal as a set designer, costume designer and actor and has occasionally collaborated with Leirena, Leiria Theater Company.
He was Art Director on a German-produced documentary/animated film “Extreme Value-E.J. Gumbel, the professor from Heidelberg”. In recent years, he has made public his facet of sound exploration, in real-time compositions, which he likes to call sound tracks for the written word or improvisations to induce spontaneous verbalization.
His work is mostly figurative, with recent incursions into abstraction, focusing on the material side of drawing / painting, trying to give a procedural testimony, valuing improvisation and attention to accidents, in an involvement that is also narrative from a point of view committed to the absurd.
He is represented in several private collections in Portugal and abroad, at Graphotek in Berlin, at Fundação PLMJ- Sociedade de Advogados and at the Museum of Contemporary Art in Elvas. 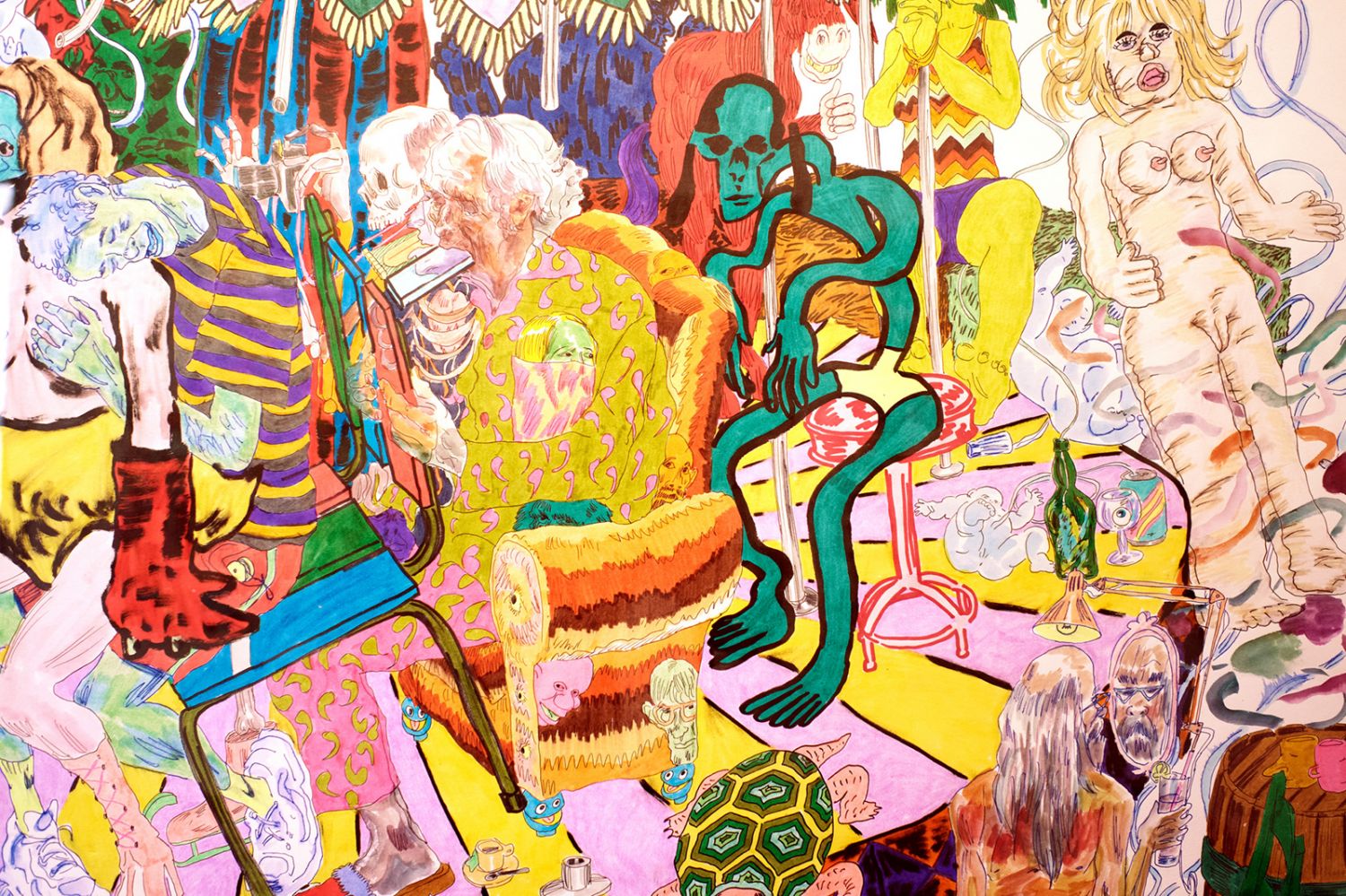